The survey that I gave to sixteen year 9 students at the end of 2016 revealed some great possible cultural/science connections from the minds of Tamaki College's young people.

In the survey I asked them:

While most students wrote 'idk' (student-speak for "I don't know), here are the pearls of wisdom gleaned from the survey:

When asked "can you think of any way that science could include more Maori culture/beliefs into any of their topics?" three students responded. Here are their answers (in exactly their words):


When asked "can you think of any way that science could include more links to Pasifika culture/beliefs into any of their topics?" three students responded. Here are their answers (in exactly their words):

I will take on board these ideas as I begin to develop the junior curriculum.

Posted by Nicola Wells at 16:23 No comments:

Hinerau's COL inquiry focussed on the design and implementation of VTaL - visible tracking and learning.

For me, the main takeaway from the inquiry was that students should at all times be able to see where they are, what they've done, and where they're going in the future. Hinerau used Class Project Task Lists to achieve this and she reviewed the tool at the end of 2017.

Students reported the tracking sheets kept them on task and they know what they haven't finished in class and what they're doing the next day - hear feedback from the students here.

This is different to how I've used tracking sheets in the past, which I've used as a way to have quick links to all students' work in one place, track their completion, identify an idea of their achievement, and also ensure that I'm giving regular and equal amounts of digital feedback to all the students in my class.

Students have access to this and can view their progress, feedback, and explore other students' work - but there's no future pathway visible on the tracking sheet. Instead it's available on workspaces.


One thing that is required for VTaL Class Project Task List is that all learning tasks/experiences must be established and laid out at the start of each unit, so students can see their learning pathway and move ahead if they want to extend themselves. This requires a lot of organisation!


An of course Noelene, who is our Tamaki College relationship and behaviour wizard (fairy?) included a mixture of literacy strategies, VTaL tracking and data sharing, collaboration on and offline, choice, and the use of SOLO taxonomy... but the main point I took away from reading her 2017 COL inquiry is the importance of genuine relationships and a connection between school and whanau.


So my final thoughts as I close down all the 1000 tabs I have open right now is that whatever I do to the junior curriculum after this; whatever SOLO-formatted, literacy-focussed, science-skill-building, integrate-able, thematic, tracked learning programme I design for our year 9's and 10s - there's something that I can't plan for..

The need for a caring, thoughtful, adaptable, fun teacher to be forming relationships with students and guiding them through the junior science programme! Relationships are key and it's not something we can really inquire into and force people to do. The individual teacher will always have a massive impact on our junior students' learning and enjoyment of science.

Posted by Nicola Wells at 16:17 No comments:

SOLO Taxonomy was written about in 1982 by Biggs and Collins, but since then Pam Hook seems to have taken the reigns and launched it into classrooms in the 21st Century. SOLO provides a "simple and robust model" to describe different levels of understanding.

Tamaki's SOLO Queen has to be Karen. She has a whole segment on her blog dedicated to the SOLO resources she's created - both general frameworks and design-specific ones! She also worked with Brent Dunn from the Maori department to design a Tamaki College-style SOLO poster in Te Reo. 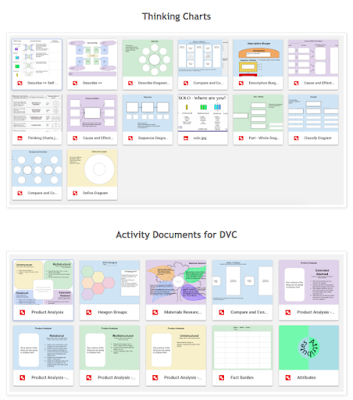 One of Karen's earliest activities was to get students first describing at the unistructural or multistructural level, and then she continued on with a Google drawing that made 'describing' at each SOLO level very explicit and clear. I actually found the Drawing in Karen's trash through one of her links - she's obviously moved beyond her earlier attempts and as I continue exploring her 2017 posts I'm sure I'll come across even cooler examples!

Ah here we go! An upgraded model. Karen has removed the 'include evidence' column to streamline student's work process and included a column titled 'target vocabulary' to make her subject-specific vocabulary more explicit.

I can see Karen constantly reflecting as I explore her posts. The one I'm reading at the moment says "I looked at the support I had included on their class site [for evaluating their final poster designs] and decided it was not good enough." Onya Karen, you're so honest! She decided to upgrade the support so students write an analysis at increasing depth of SOLO levels (see image below). Once again she's included key vocabulary explicitly, and also given sentence starters to support lower-ability students. 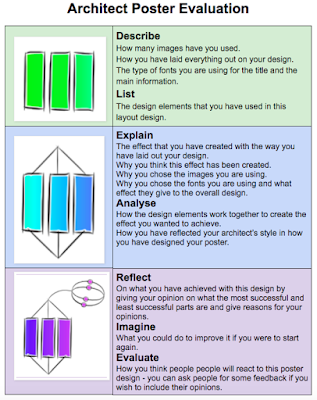 Karen also used SOLO hexagons (one of Pam Hook's ideas) to collect (multistructural) and get students to identify links between (relational level) her new Year 9's vocabulary around a clock they were analysing.

Noelene also used SOLO taxonomy to break down her Level 1 standards for her learners, such as in the multivariate statistics standard and again in the algebra standard. This made it really clear for students about what they needed to be able to do to achieve, and how a deeper understanding would lead to better grades.

I really like the clarity that using SOLO as a learning framework affords. Students can identify what they can and can't do from the framework, and it also makes 'beginning at the start' acceptable; being at the prestructural level of a concept is normal at the start! The SOLO levels also really nicely align with the depth of thinking and writing required in NCEA for Merit (relational) and Excellence (relational and extended abstract) work.

Another thing that some of the COL's inquired into in 2017 was integration across topics, subjects and schools.

Dot did some research at the start of her 2017 inquiry and found:


On reflection, this approach seemed like the best place for us to start.  It allowed for subject teachers to relate to a theme that they could connect to and therefore base their planning around.  The downside was, it was very teacher focussed and centred."

Dot recognised that each subject is very aware of the short time they have with their students to cover a remarkable amount of curriculum. She mentions:

"I know each subject area at high school feels that they don't have enough time. So why in the world would you want to have an integrated curriculum when there is never enough time already to do what you have to do?"

Taking these findings on board (as well as the growth of schools such as Hobsonville Point, St Cuthberts y5-9, and Albany Senior High) and considering Dot is now our across-schools COL I feel that integration may play a part in Tamaki College's future, and any changes I make to the junior science curriculum must be able to integrate in a flexible way that doesn't require staff to rewrite entire units or reinvent the wheel with new resources.
Posted by Nicola Wells at 12:59 No comments: